Cancer can be cured by Blue Scorpion Venom? 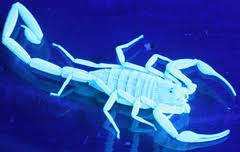 Millions of people over the world are fighting one of the deadliest disease – cancer. Millions die each year because of it is. It is the plague of our modern times. And it seems that every day at least one media on the world spreads the news that “cancer cure has been found”. Nevertheless, people continue to die and those news are in most cases fabricated or in some other way false. Still, I believe that every problem has a solution and even cancer has its own.

The last cure for cancer I heard about these days is a venom from Blue Scorpion (Escoazul) – a scorpion living exclusively in Cuba, Haiti and Dominican Republic. In Cuba the poison is already used, produced and packed as a medication, but as you can imagine, it is not cheap for people who live on the other part of the world to visit this enclosed country and buy the cure. 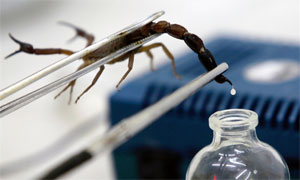 Of course this might be just another of these hoaxes about cancer cures and I would’ve not believed it, had I not heard the story of the model Iva Mechandzhiiska. She suffered from a Krukenberg tumor, she tried chemo and other curing and harmful at the same time medications which were of not much help. Then happily a friend of hers – the publisher Svetlio Kantardjiev decided to give her a hand and together they found the non-governmental organization Neogenesis that helped them to buy the Blue Scorpion venom from Cuba. It had a profound effect on Iva and she quickly recovered. She testified that now she is in very good health.

This provoked a lot of thoughts in me. I doubt that Blue Scoripion Venom is that much expensive – it is not like having a very complex surgery, which can be really expensive, isn’t it? After all we can bread these scorpions in an engineered environment for them even here in Bulgaria! And that is why I can’t understand why our health system continues to push us on the same tracks – low efficiency chemotherapy and so on. Isn’t it in everybody’s interest people to actually cure themselves and not just be lifelong clients to the hospitals? And how come we leave people dying with poor health services, rather than ensure them what they actually need? I hope that humanity in us will soon solve that problem. And to the millions that die today, we owe our collective apology.